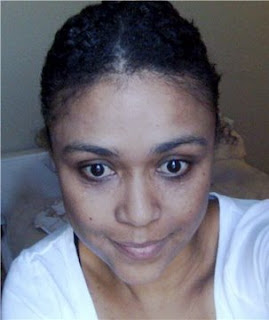 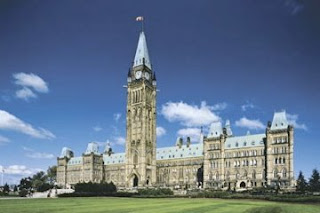 a parliamentary building in canada

a few weeks back, gisele sent me an email entitled “internationals come from canada too, eh?” lol. very cute. this was a very interesting read. thanks for the submission!!!

BGLH: Where are you from?
GISELE: I was born in Alberta, Canada but grew up in Barbados (am half Trini/half Bajan) and am now living in our capital, Ottawa.

?BGLH: What’s interesting about the place where you live?
GISELE: It is a capital city but feels like a quiet village with all the friendliness and lack of fashion sense that come with that. Ottawa is also the 2nd coldest capital city in the world. This winter there was a 50-day bus strike (yes: fifty) which began just before Christmas in the most hateful weather. It resulted in a lot of people losing jobs, businesses going under and general hardship for the carless. Only the taxis were doing a brisk trade. No-one else was impressed.

BGLH: What is the climate/weather like?
GISELE: The weather is pretty unbelievable particularly with wind chill factored in. We are talking about a place that can hit lows of ‑40. The saving grace is that it is so sunny here most days even if you get frostbite. The summers are lovely too.
?
BGLH: What is the natural hair scene like? Is natural hair normal or unusual? Is it accepted or resisted? What are the reactions to natural hair?
GISELE: I’ve seen more naturals here than I did back in the UK (where I was living before) but that is not saying a great deal. It’s probably a 65/35 split of weaved-up/relaxed to natural. Quite a few of the naturals I’ve seen are younger (ie. under 35) which is an interesting trend.
I haven’t had any reactions to my own hair (usually slicked away in a bun) but a friend who wears her natural hair out says that she hasn’t had any either (eg. no one is trying to feel up her natural hair or asks about it).
?
BGLH: Where do you buy your hair products?
GISELE: There are a surprising number of afro beauty supply shops here in Ottawa, or maybe just out where I live! More surprising was finding that Shoppers Drug Mart (big pharmacy/drug store chain here) has an aisle of black beauty products, stocking good stuff like unrefined shea butter, even in small towns like the one my parents live in. I’ve had to buy ayurvedic powders like amla and neem online though.

?BGLH: What do you like about being natural in your country?
GISELE: The cold weather actually staves off the frizzies. Also, I have the local hairdressers to thank for kick-starting my transition. Without them and their total lack of talent with chemicals, I would still be relaxing my hair. The water is also very hard which I found to be even harder on my relaxed hair than natural.
?
BGLH: What would you like to see in your country in terms of natural hair care?
GISELE: Imports of certain brands that don’t seem to be sold here (eg. cantu shea butter).
?
BGLH: Anything else you want to add?
GISELE: The photo is an iconic shot of the Parliament buildings here. It looks suspiciously like the British Parliament buildings.

i am LOVING this international natural series! let’s keep it going. all my international chicks, please email contro_versial@hotmail.com 🙂

yes, i agree, i wish they sold qhemet, oyin and all that yummy hair stuff in ottawa.

I find that a lot of the black products sold there ie. the African Gold line are filled up with petroleum and mineral oil. The only useful thing I’ve found in Shoppers is the Shea All Naturals products.… including the shea butter.

true, true — but Shopper’s also stocks the S‑curl glycerine stuff which is not bad at all. Gisele

Thanks for sharing your story. Barbados, REPRESENT!!!

I love hearing from natural women all over the world. Thank you for this series!

@ aisha… thanks! i know i’m not supposed to have favorites, lol, but i think this BGLH series is closest to my heart 🙂