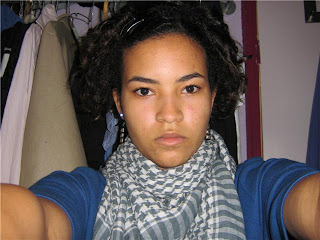 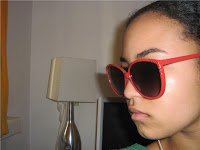 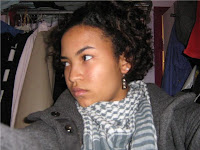 this is a famous street in Delt called de oranje plantage. there are very old beautiful houses in Delft. i live across that street. 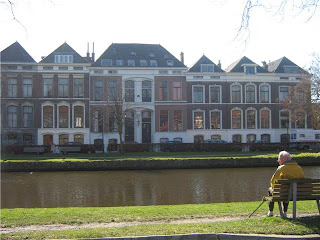 a bridge with the two towers… alot of people get married there. 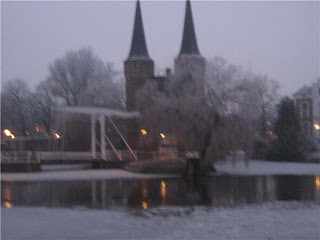 Benedicta says: “Thank you for posting this oh and come visit Europe! You’ll love the great old buildings and fabulous shopping cities like Paris, Antwerpen, Milan, Londen, Lille and so on… if I spelled something wrong like I said : Mijn Nederlands is vele malen beter. (My Dutch is so much better)”

L says: no worries Benedicta, lol.
i’m LOVING your style… the red glasses, the checked scarf… i’m sensing fierceness.
this is our second person from the netherlands to be profiled. the dutch are representin’!

BGLH: Where are you from?
BENEDICTA: I am from Delft (city ), Zuid-Holland (province), The Netherlands(country). I am originally from Curacao (a small dutch caribbean island near the coast of Venezuela)

BGLH: What’s interesting about the place where you live?
BENEDICTA: The most interesting thing about living in Delft is the history of the city, the city is one of the oldest in the Netherlands, we have alot of tourists everyday during the entire year, we have alot of different types of people around here with also a few naturals here and there. You can come across people from all over the world. Because Delft has a good technical university we have all kinds of modern stuff, like our library is the most modern one in Europe.

BGLH: What is the climate/weather like?
BENEDICTA: The climate is mild, so the winters are not so cold and the summers are not so hot. But there is alot of rain and wind most of the time. So my hair gets extra crazy.

BGLH: What is the natural hair scene like? Is natural hair normal or unusual? Is it accepted or resisted? What are the reactions to natural hair?
BENEDICTA: Here in the Netherlands, black people are usually immigrants so the natural scene is bigger in the big cities that have alot of immigrants. In the big cities , especially Rotterdam, the natural scene is amazing, actually it’s mostly young girls or boys with loose textures, and the ones with tight textures don’t wear it natural usually but there are exceptions if they have dreads. We have alot of mixed people and they wear it natural too. In Amsterdam there are alot of people with dreads and tight textured afros. In the Hague not so many naturals, but alot of weave and stuff. ugh!

BGLH: Where do you buy your hair products?
BENEDICTA: I buy my products from a carribean black hair store in the Hague, but I am going to try to buy some natural hair products online.

thanks Benedicta! i’ll make it to europe one of these days 🙂
and to BGLHers, what do YOU want to hear from our international ladies? are there questions from them you want answered? hit me up in the comment box, or email me at contro_versial@hotmail.com
and american ladies; if you have mad pride in your ‘hood, this series is for you too 🙂

most entertaining — particularly the weave comments! 🙂

Oooh. Lovely. I plan to visit the Netherlands later in the summer. I’m so excited.

Her comments are much more upbeat and lively than her pics. lol. She is a beautiful young lady, its OK to smile!

Yay Nederlands! I was born there and lived there for four years, so I’ve got mad love for that country. I’ve forgotten all my Dutch though…

I vistied the Amsterdam a little over a year ago and I was truly shocked by the number of naturals I came across. There were far more in Amsterdam than in Paris. Like she mentioned the number of mixed people there, I was shocked to see so many Black woman White male IR relationships.