#1
so, apparently, a significant portion of the BGLH community believes that length/growth is not necessarily a sign of hair health… which effectively cast me as a length/growth tyrant in our recent discussions on erykah badu’s hair. i find this intriguing. and honestly, a bit confusing. when my hair wasn’t growing, i always assumed it was because it wasn’t healthy. when it started growing, i assumed it was because i was taking better care of it. i checked wikipedia, and found this…

“There are differences across ethnicity in the structure, density, and growth rate of hair. With regards to structure, Caucasian hair, Black hair, and Asian hair, all have the same basic chemical composition in terms of keratin protein content.[1] However, Franbourg et al have found that Black hair may differ in the distribution of lipids throughout the hair shaft. This, in turn, may affect the sorption levels of Afro-hair which thereby explains why Afro-textured hair absorbs 10 to 15% less moisture than does straight hair. Concerning density and rate of growth, Loussouarn found that Afro-textured hair was neither as densely concentrated nor as rapidly growing as Caucasian hair. Specifically, the average density of Afro-textured hair was found to be approximately 190 hairs per square centimeter. This was significantly lower than that of Caucasian hair, which, on average, produces approximately 227 hairs per square centimeter. Further, Loussourarn found that Afro-textured hair grows at an average rate of approximately 256 micrometers per day, while that of Caucasians grows at approximately 396 micrometers per day.”

so there you have it. white people are hairier, black people’s hair grows slower… but it does grow. since there seems to be a huge stigma associated with the words “growth” and “length”, i think i’m going to start saying “strand retention” or “ends retention”… cause that’s basically all that growth/length is… but i digress.

what i really want to know is how many of you disagree with me on this (and i appreciate those who spoke out on the erykah post… makes for good discussion), so i’m pollin’ it up again. look out for a new poll coming soon to the right-hand sidebar.

#2
apparently kinky curly (creator of the famous kinky curly custard) had a temporary halt in production. what interested me, though, is the legal issues with anthony dickey of the ‘hair rules’ company she mentioned. seeing that i report on the legal system for a living, i immediately began digging and found that, apparently, hair rules is suing kinky curly over intellectual property — or, basically, idea joc-ery (idea theft for those unfamiliar with the term ‘joc’). i dug a little deeper to try to find out more, but as usual the mainstream media totally overlooked this. all i know is that the suit was filed in nov. 2008. at this point, no judgment has been made, and i’m not super-familiar with kinky curly or hair rules, so i don’t have an opinion on this one. 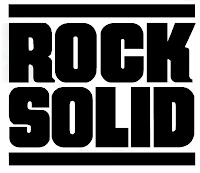 i’m unveiling another series called ‘rock solid regimen’ it’s an idea i came up with , as i was thinking hard about ways to improve this blog. i figure that some women are best at styling, while others are *killing* it with the regimen/hair products. i haven’t made the distinction in past interviews… but from here on out, i will either profile women for their style or their regimen. and, in the rare magic moment when a woman has both, i’ll do an extended interview special…

Hair science for black people is just not anywhere near as good or accurate as it should be. L’oreal quotes growth rates as 0.9cm per month for African, 1.2 for Caucasian and 1.3 for Asian hair. Where did they get their figures from, what was the sample number, what classifies someone as African? Caucasian studies have been done for years, as far back as the 1960’s with large sample numbers. Products intended for black hair are even tested first on Caucasian hair because of more data and observation on Caucasian hair. Even relaxers!! The really good studies for African hair… Read more »

Girl you are busy. lol

The growth research is very enlightening. Thanks for posting that information.

Also, I think the Rock Solid Regimen is a wonderful idea. I’ve stuck with the same regimen that I used during my transition and I noticed that I was one of the few people that was happy with their moisture routine. I’m interested in reading other’s regimens.

#1 I like the idea of the style/ regimen distinction. I’m personally in the regimen-hair product category and it shows in my hair’s retention. My styling skills are lacking though so I always enjoy those features. #2 I’m interested in the legal dispute bw HR and KCCC. Isn’t HR a relatively newer product company? I wonder what KCCC allegedly infringed upon. I’m in law school and get excited about these things. lol. #3 I don’t necessary use growth and health interchangeably because even when my hair barely made it 3 inches past SL (as a relaxed head) it was supple,… Read more »

I don’t think it’s a stigma associated with the words growth or length so much as people feel that talking about length is oppressive if their hair isn’t long. From my experience, I always got teased about my slow growing hair, and some of my friends who have relaxed hair still get teased about theirs. My sister’s hair grows really fast, and everyone would be oohing and aahing over it, and I would feel like my hair sucked. Talking about length is problematic not just because some people’s hair grows slowly, but also because it’s the desire for length that… Read more »

hmmm…one of my fotki friends has been going to dickey for quite a while and i could be wrong but i think he might have been producing his products longer, but they could only be purchased in the store. so maybe kinky curly became more popular b/c it was sold online and word of mouth. my friend swears by dickey’s cuts and products. i don’t know what he puts in them tho….interesting if true….keep us updated.

1) I’m still trying to figure out how to respond to your post. Because I’ve seen some long hair that is hurtin’ and practically begging for the shears; but I think that’s only a handful of people. Regardless, healthy hair grows. Ours may grow slowly, but it still grows, and if we’re good to it, it won’t break either. 2)I hope they resolve this soon, I haven’t had a chance to try K-C yet!! I went to the Hair Rules website, and maybe the founder has curly hair and is passionate about it, but he doesn’t wear it curly. In… Read more »

@ jc… will do! @ naturellewonder… yeh, i wish i knew. i’m tempted to put on my reporter’s cap, and email a set of questions to the PR reps at both companies. but *sigh* i already have a full time job (that is nearly killing me…) @ mellowyel… “I don’t think it’s a stigma associated with the words growth or length so much as people feel that talking about length is oppressive if their hair isn’t long. From my experience, I always got teased about my slow growing hair, and some of my friends who have relaxed hair still get… Read more »

I have never had an issue with growing my hair. I just recently started transitioning but my hair was always begging for a relaxer by week 4. Waiting 8 weeks to touch up was torture. My hair never grew down my back because I had a problem with retention. I couldn’t retain my ends because they weren’t healthy. I was at my hair dresser doing big chops on my ends every 6 months – which always kept me with a medium/long bob. Had I been keeping my hair healthy you could probably call me Pocahontas by now, lol. I don’t… Read more »